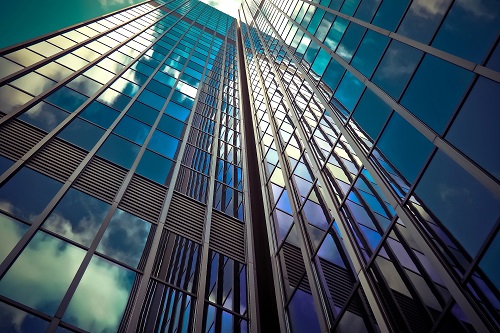 One of the many perils to high rise window cleaning is that it is really hard to find people to do it. The average man off the street largely does not want to get that high up to clean panes of glass for what they feel (justifiably so, in some cases) to be too low a salary.

Let’s face it, there’s no industry that doesn’t have difficulty finding good people. Commercial window cleaning for a high rise, though? That can be exceptionally challenging.

For a moment, let’s pause and think on that. Just what are the main challenges in keeping up a staff of people who are not only willing to do it but are also capable enough at the task?

First, there’s the challenge of finding people. It isn’t often that you meet people who are willing to do that kind of work. There are too many dangers, and there’s a lot of people with a reasonable fear of the heights involved.

Another difficulty is training. Depending on the equipment used, one company that does cleaning high rises might be using rope descent gear. While some tools do allow for cleaning windows from the ground, like assembled or telescoping poles, most of the time rope descent is still the way to go.

There’s not a lot of pay, either. Much like janitorial services, the window cleaning industry is often underpaid for the work it does and the risks it takes on. It’s actually one of the saddest parts of the industry.

Equipment is also a major concern. Even if there are enough people to do the job, it won’t matter if getting the right gear proves too difficult. While rope descent equipment is relatively easy to acquire if you know how there are other tools that are less easily procured.

A related concern is the maintenance of the gear. Sometimes, stuff wears down over time. This makes it very important to replace them every so often. Otherwise, bad things occur.

Fear of heights is going to be a concern. You can train someone to not be jumpy and nervous, but you can never truly take away that fear. It’s the sort of thing that can keep people from coming in every day since training doesn’t always stop making someone nervous.

These factors can all make it hard to find people willing to clean high rise windows. Even if you’re a company that has a huge market for it, it’s not easy.